Kurdish culture has distinctive traits that are very dissimilar to Toronto traits. Kurdish traditions are similar to those of the Iranians. Some of these similarities include the celebration of different occasions like weddings. Additionally, both cultures celebrate Nawroz, which is their New Year celebration. Nawroz is celebrated on twenty first of March. Kurds are considered as moderate Muslims thus the less observation of Islamic rules. For example, Kurdish culture allows women to work outside their homes. Unlike other Muslims, Kurdish cultures have less restriction about women wearing the hijab the Kurdish people also have unique wedding cultures admired by many people around the world.

Unlike Toronto weddings, three or four men and women with an advanced age visits the brides home before the ceremony as dictated by the Kurdish wedding traditional culture. In the first day of visit, the visitors tell the bride's parents the reasons for their visit. The purpose of this visit is to inform the girl's parents about their interest in her to get married to one of their own. After explaining their motive, the girl's parent may agree or refuse to hand their daughter for marriage.

When the girl's parents show some interest, the guests ask for some water. The girl's parents then ask her to serve the guests with water. The objective of this act is to give guests a chance to view the girl's stature, character as well as appearance. According to Kurdish wedding traditional culture, the girl is supposed to stand there until the guest finish drinking water. If the guests are impressed with the girl, they organize a second visit. In the second visit, the guest comes along with the man intending to marry the girl.

The elderly guests introduce the man to the girl and her parents. This gives the young girl and man a chance to interact and know each other. According to Kurdish wedding traditional culture, the ceremony kicks off only when the man is pleased with the girl and agrees to marry her. When this happens, the elderly guests request the girl's parents to hand their daughter for marriage. When both girl and young man are happy and satisfied, the wedding ceremony is prepared. Unlike Toronto weddings, this wedding is prepared within the same day.

Just like Toronto weddings, Kurdish people celebrate during unification of a man and a woman. During this ceremony, there is performance of music performed by traditional musicians. According to Kurdish culture, there are three categories of music performance. This includes storytellers, minstrels as well as bards. Majority of songs performed are meant to cement love between the lovers. Some songs have an epic characteristic because they praise the wedding couples as heroes and winners. According to Kurdish culture, music performance stars one day prior to the wedding occasion.

On the actual day just like in Toronto, the groom puts a ring on the bride's finger while present audience celebrates the occasion in song and dance. …

The first is the difference of color. On the one hand, the characteristic of a nationality revers the love of colors. In ancient China, black was regarded as the imperial color. The colors of imperial clothes in ancient dynasties were black. With the development of feudal central power, people worshiped the earth instead of the god. Therefore, color of clothing was mainly in yellow. On the other hand, in west, white and purple were the most popular color in Roman times. People held the view that white was pure and honest while purple represented elegance. However, since the Renaissance, clothes developed faster and faster. With the development of luxury, bright colors were popular with people. People of Spain like rose and gray while people of England like black.

The second is the difference of the shape. In one hand, Traditional Chinese clothes emphasized the vertical feeling. This design can make people look thin and tall. The most important is that this design can make up the short stature of easterners. In the other hand, classical western clothes emphasized lateral feeling. Extravagant outline of shoulder will have radiative effect. What is more, this design was fit into the passionate temperament of westerners. In the meanwhile, this design was fit into the tall and strong stature of westerners.

The third is the difference of pattern. On the one hand, we can see many patterns in Chinese clothes. People hold the view that lucky patterns show the propitious wish. From ancient time till today, propitious patterns were used widely. No matter expensive silk or common printed cloth, these patterns can be seen easily. These patterns not only show the totem worship but also express the feeling of descendants of the dragon. On the other hand, with the development of history, patterns in western clothes changed continually. In ancient time, people liked to use flowers and other plants. However, in recent generations, animal patterns were popular.

These are three main difference of western and eastern clothing culture. Wish they are useful for you. 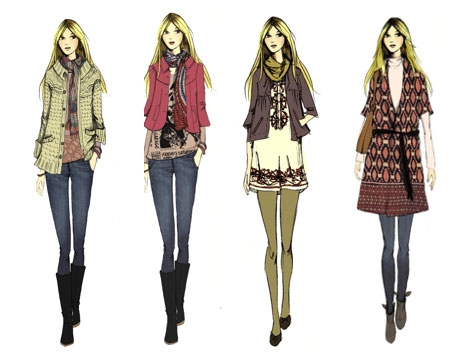 Salons, Marques, jeunes Designers, Fashion Week, Collectifs, Showroom et autres sociétés indépendantes d’organisation et de providers me font confiance. C’est votre dernière probability de craquer pour nos SOLDES D’HIVER ! The colorful selections of Spring 2018 have been evident throughout Stockholm Fashion Week. A lot of the instances, the primary particular person to query my choices is my mother, as a result of she is sort of conservative relating to fashion.

A black or a gray silk cami tends to be my usual pick for something fairly traditional, but I really adore this ballerina pink option from Grana (I am wearing the shade ‘pink frosting’) for a extra female decide, significantly when paired with a muted colour palette of soft greys and whites.