Frightening moment gunman bursts into NYC home of victim he met online and steals $40,000 worth of jewelry – including diamond-studded Rolex watch and $10,000 Cuban link gold chain

By Brett Bachman and Janon Fisher For Dailymail.Com

Surveillance video captured the moment a real-life meetup set up on social media became a gunpoint robbery after thieves burst into a New York City home during broad daylight and made off with more than $40,000 in luxury jewelry – including a diamond-studded Rolex watch, a $10,000 gold chain and at least $300 in cash.

Footage from the frightening scene was captured around 3:30 p.m. Tuesday in the Bronx, cops say, and shows one robber in a camouflage jacket and dark-colored pants pull a gun on the victim.

Cops said that the victim was an online acquaintance with one of the perpetrators.

‘They came to know each other through social media,’ a police source said. It’s unclear which suspect the victim knew.

The attacker allows his target to take off his parka before forcing him to the floor in the home’s living room before rifling through the man’s property.

The robber then pulls out a cellphone – apparently to call in a second suspect – who joins him in stealing valuables from around the home.

Scroll down for video

Surveillance video captured the moment a home invader accosts a Bronx man during a brazen daylight robbery and makes off with more than $40,000 in jewelry 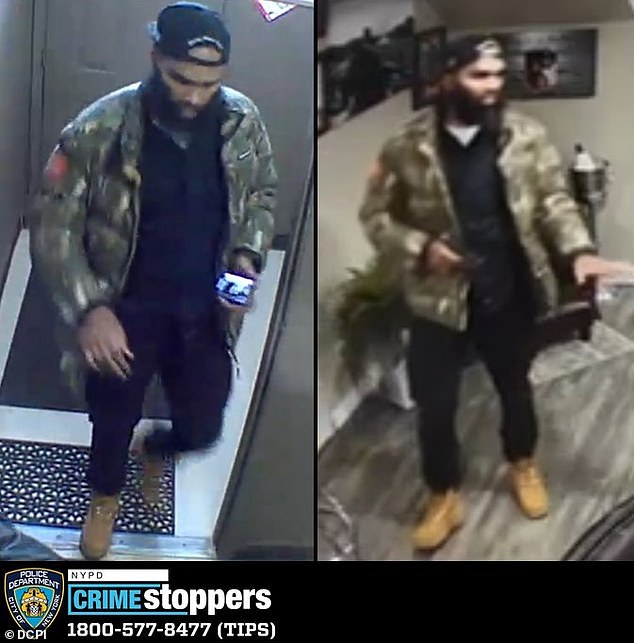 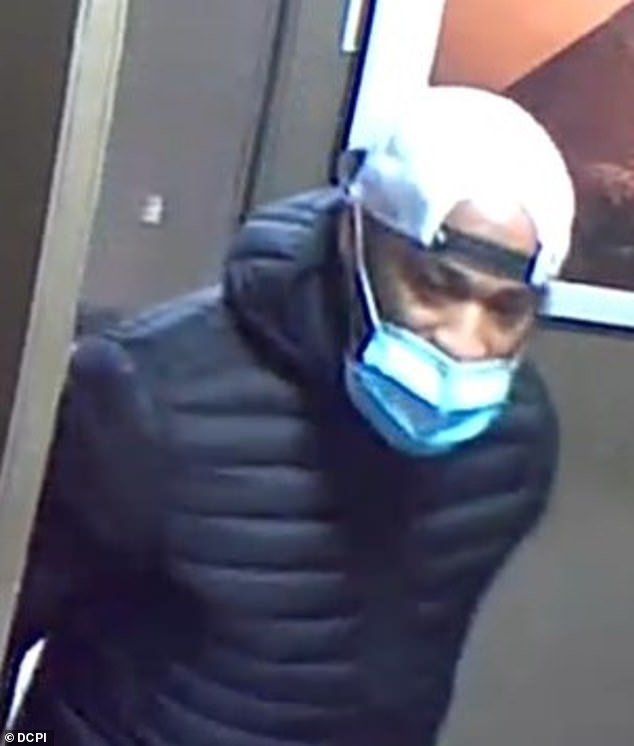 Both crooks made off with at least $40,000 worth of property, including a number of valuable items of jewelry.

Police said a diamond-covered Rolex watch worth $27,000 and a Cuban Link chain worth $10,000 were both missing after the brazen theft, as well as the victim’s cell phone, car keys and $300 in cash.

Both men fled the building, located at East 165 Street and Cauldwell Avenue in the borough’s Morrisania neighborhood, just minutes after arriving in a black Mercedes sedan, cops said.